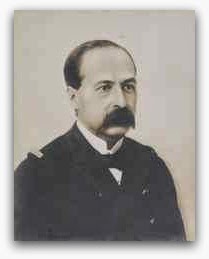 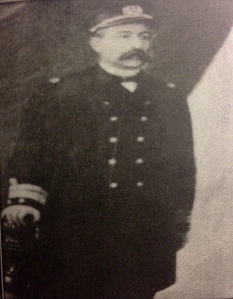 The Portuguese Republic was established as a result of a coup d’état that was organized by the Portuguese Republican Party on October 5th, 1910, which deposed the constitutional monarchy and a Republican Regime is installed.  The Portuguese citizens were not pleased with the royal family’s expenses, the power of the Church, the political and social instability, the system of alternating power of the two political parties and also an apparent inability to adapt to modern times.

The revolution started on the night of October 3rd, after the Republican leaders heard of the assassination of one of their own  Dr. Miguel Bombarda.  Due to this incident the Republican leaders had an emergency meeting, some among the leadership were against the meeting and wanted to postpone their plan of action because of the strong military presence in Lisbon.  The strong military presence was due to the state visit of President Hermes da Fonseca of Brazil and also because of the rumors of an imminent coup d’état.

Vice-Admiral Carlos Cândido dos Reis was against postponing the revolution and he insisted for it to take place. Cândido dos Reis thought it would be madness to allow the Government time to order the war ships out of the Tagus. Vice-Admiral Carlos Cândido dos Reis convinced his fellow Republicans by saying, “If you will not go out, I will go out alone with the sailors. I shall have the honor of getting myself shot by my comrades of the army.” Dos Reis continued with, “The Revolution will not be delayed: follow me, if you want. If there is one that fulfills its duty, this one will be me.” [“A Revolução não será adiada: sigam-me, se quiserem. Havendo um só que cumpra o seu dever, esse único serei eu.”

The thoroughness with which the Republican party was organized says much for the practical ability of its leaders. The moving spirits in the central committee were Vice-Admiral Carlos Cândido dos Reis, Affonso Costa, João Chagas, and Dr. Miguel Bombarda. Simões Raposo spoke for the Freemasons; the Carbonaria Portugueza, a powerful secret society, was represented by Machado dos Santos, an officer in the navy. The Republican party also had a separate finance committee, and funds were ample.

The revolution was to commence with a signal of three cannon shots, but it is unclear if the signal was given but at the appointed hour mutinies broke out in several military barracks.  A small group of armed civilians and mixed company of soldiers attempted an attack upon the Necessidades Palace, to demand the abdication of the King; but they were repelled back to the rallying point of the Republican forces, the Rotunda, at the upper end of the Avenida da Liberdade.

This ardent patriot and leader of the revolution is listed as being born in Lisbon on January 16th, 1852 and at the age of 17 joined the Portuguese Navy as a volunteer. By September of 1909, Carlos Cândido dos Reis had been promoted to Vice-Admiral in the Portuguese Army. He had also joined the Republican Party sometime in 1908.  He was the son of António dos Reis, from Caldas da Rainha, Portugal and Matilde Espirito Santo Nencette from Fernão Nunes, Brava.  His maternal grandparents were António Elisário Nencette from Portugal and Anna da Conceição Armas de Burgo from Brava. According to his living descendants Carlos Cândido dos Reis was born in Brava and emigrated to Portugal while still a young child, where he would be baptized. Vice-Admiral Carlos Cândido dos Reis is related to the Burgo and Azevedo families of Cape Verde. 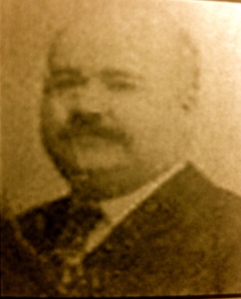 The other Cape Verdean that took part in the Republican revolution in Portugal on October 5th, 1910 was José Barbosa. Mr. Barbosa was born on the Island of Fogo in 1869. He was a journalist by training and a strong republican, he spread the Republican ideals in all of

the newspapers that he contributed to. José Barbosa was persecuted for his Republican belief, which let to him fleeing to Spain in 1894, then France and later Brazil.

In 1908, he joined the central committee of the Republican Portuguese Party and actively participated in the preparations for the coup d’ état of October 5th, 1910.  After the Introduction of the Republic, the provisional government nominated José Barbosa for the position of Secretary of the Interior.  In 1920, during the government of Domingos Pereira, José Barbosa was appointed Minister of the Colonies.

On September 4th, 1923 José Barbosa passed away in the capital of Portugal.

There is a strong possibility that if Vice-Admiral Carlos Cândido dos Reis had survived, he could have been the first president of the newly formed Republican Portuguese State. What would/could have been the impact of a Cape Verdean born president of Portugal on the colony of Cape Verde and some of the other Portuguese colonies? One can only ponder.